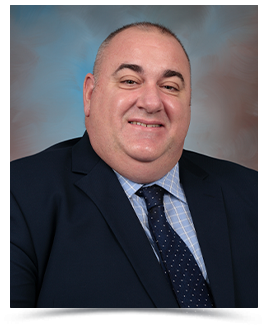 Brian Winegardner is a lifelong resident of Allen County. Brian was raised on the family farm in Auglaize Township. He graduated from Allen East High School in 1987. He received his certification from the Ohio Peace Officers Training Academy and was hired as a Deputy Sheriff in 1990. He was promoted thru the ranks and was eventually named as Chief Deputy in 2017. As Chief Deputy, he was responsible for all Sheriff’s Office budgetary concerns and assumed the responsibilities of the Sheriff’s Office in the absence of the Sheriff.

Brian served as a board member of the Allen East School District. During his tenure on the School Board, he was involved with the construction and completion of the current Allen East K-12 campus.

Brian is married to his wife, Brenda. They have two daughters and two grandchildren.

“Allen County has and will always be my home. I am proud that my children and their families have chosen to make Allen County their home as well. It is truly an honor to serve the residents of Allen County as your County Commissioner”